We left the Millian’s suburban gold coast abode around 7 am to start off our journey to Fort Collins, Colorado. That would be the farthest west that we could get.

At 8:17 am, along Western Illinois area, this was the sky situation… 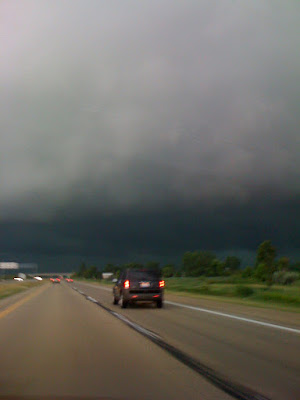 I admit that I got pretty scared, considering that there seemed to be no other way but just to bravely pass through it. We were in an interstate highway and if we pull over; (a) we would get to Fort Collins on a later time and (b) we would be stuck in the middle of this mad weather of which we want to evade in the first place. As much as we want to huff and puff and blow the mad weather away, we simply cannot do so off we went, braving it through, that is. 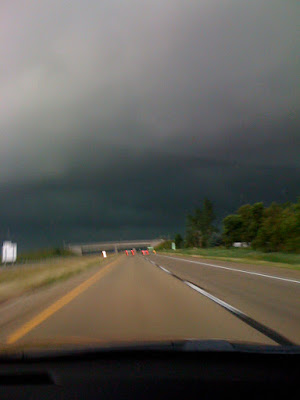 There was a truck in front of us that was somehow spewing out unidentified materials from its back and it was quite a challenge to overtake the truck since the road view ahead was blurry due to heavy rainfall. This went on for a good 20 minutes or so and then… 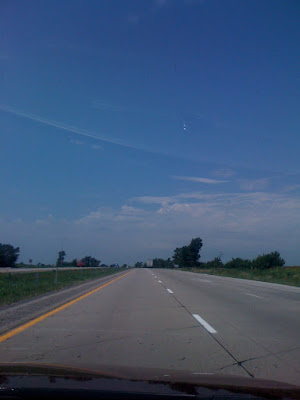 Clear and blue sky as if nothing happened.

And around 9pm, the sun finally set but we were just starting our adventure in Fort Collins, Colorado. 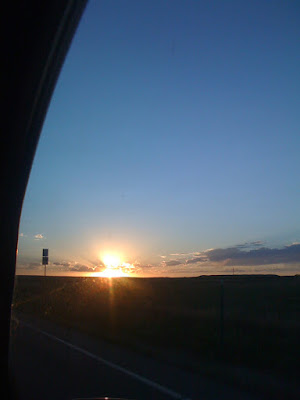