We were schedule to fly to Boston, Massachusetts around 7pm that day. As it was our last day in DC, it was very essential to visit the National Mall.

The National Mall is an open-area national park in downtown Washington, D.C. It contains numerous US landmarks and museums. Entry to the museums is free.

Our main priority was to visit the National Air and Space Museum, however we got there around 9am, and the museum does not open until 9:30am. So, we decided to go check out where Mr. President holds office first, then go to the Lincoln Memorial, walk around the mall and just visit the Air and Space Museum on our way back.

And off we started… 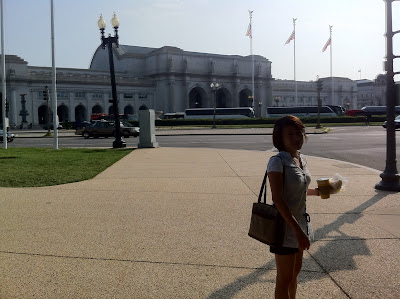 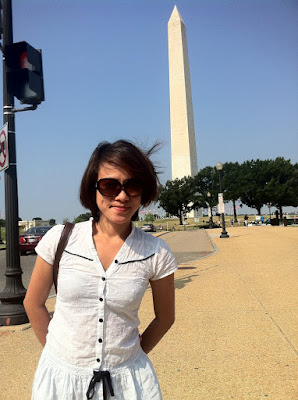 There were lots of stops on our way to the White House because there were too many interesting and pretty sights distracting our journey.

So, this is the gate to the White House. As we may need proper documents and appropriate reasons in order to get in, we just contended ourselves by the gates, together with other tourists who were mostly European and Chinese. 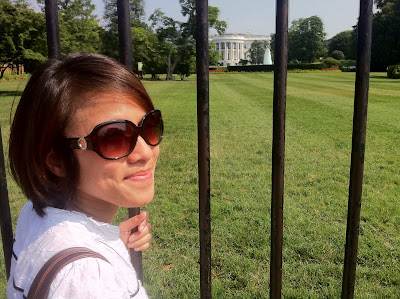 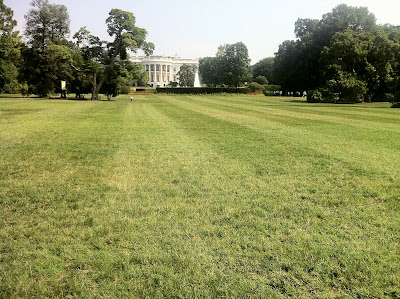 This is the facade of the Lincoln Memorial, which was built to honor the 16th President of the United States, Abraham Lincoln. 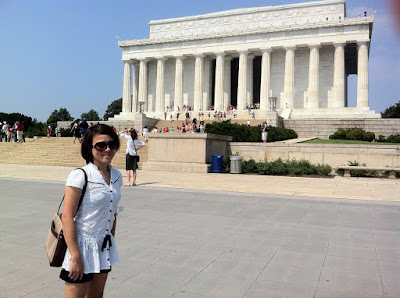 Abraham Lincoln is the “man”. 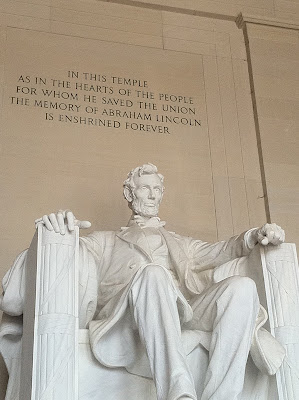 This was taken from the US National World War II Memorial which is dedicated to Americans who served in the armed forces and as civilians during World War II. It consist of 56 pillars and there I found ours. 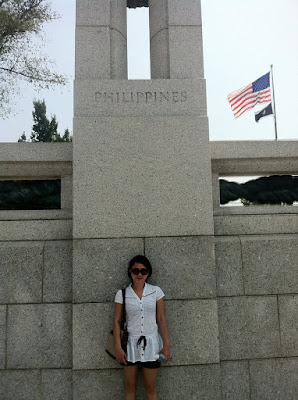 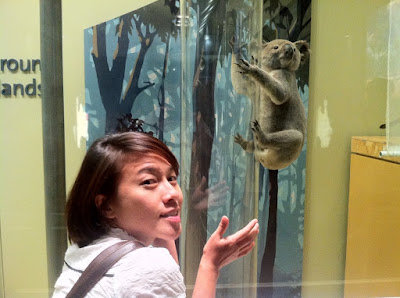 By the time when we went back to the National Air and Space Museum, there was a long queue at the entrance but we waited patiently to see the largest collection of historic aircraft and spacecraft in the world. 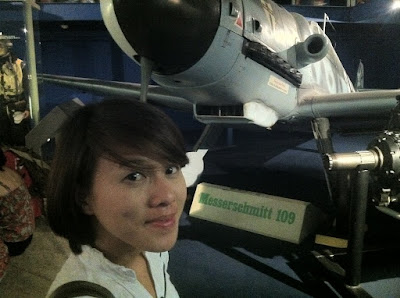 And that was the end of our DC adventure.