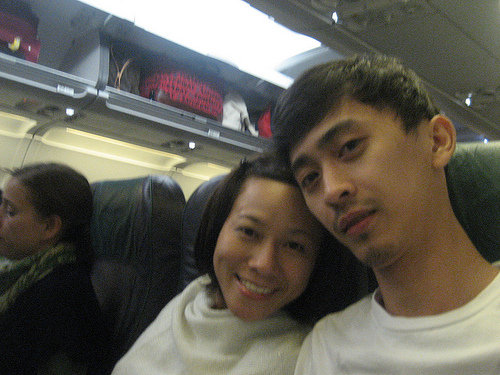 Ronald and I arrived in Shanghai, China through the popular red-eye flight from Cebu Pacific last August 9, 2009.

This is the main campus of the Cambridge International Center, attached to Shanghai Normal University, Guilin Road, Shanghai. Initially, both Ronald and I taught in the same campus, in Jiuting District, however starting last school term, I currently teach in the main campus.

Initially, Ronald and I chose to share an apartment that was just a few blocks away from the Jiuting Campus. We had a massive, five bedroom, three-storey high, lane house that was just 2 blocks away from the school. We figured, we came to Shanghai to slave ourselves to work, right? We might as well, conveniently live near our workplace. Wrong. Although, we live in a relatively quiet neighborhood, it was too quiet that Tibungco, Davao City seems busier and livelier in the night. We live miles away from our families and friends, I thought that we should probably live in a much vibrant and livelier community to cope up with homesickness.

On Day 4, Gafor was kind enough to show us around, brought us to the inner ring road of Shanghai. Gafor, also teaches at the Jiuting Campus, however, he does not live near the school. He was wise enough to pick an apartment near the Shanghai City center, in Xujiahui area. He lives only a few blocks away from Metro City Mall.
When we first got hold of the Shanghai Map from the Pudong Airport, we noticed that we cannot find the location of our campus in the tourist map. Apparently, the school is located in the outskirts of the Southwestern part of Shanghai, where the limit of the tourist promotion ceases.
Our school is about an hour or less of a subway ride from the Shanghai Inner ring road area. This is what the Shanghai Nights look like in the city center.

It did  not take long for us to move to to an apartment along the inner ring road of Shanghai, where the night lights shine bright. After six months, we were city citizens.

By the end of our first school term, we were staying in an apartment that was just a few blocks away from Shanghai Everbright Hotel, where my first A2 graduation ceremony was held.

I will share more about my life in Shanghai in my next blog.

Here’s Ronald and I on our recent vacation back in our homeland.
* Thanks to my good friends, Gafor and Rusty, for the pictures. 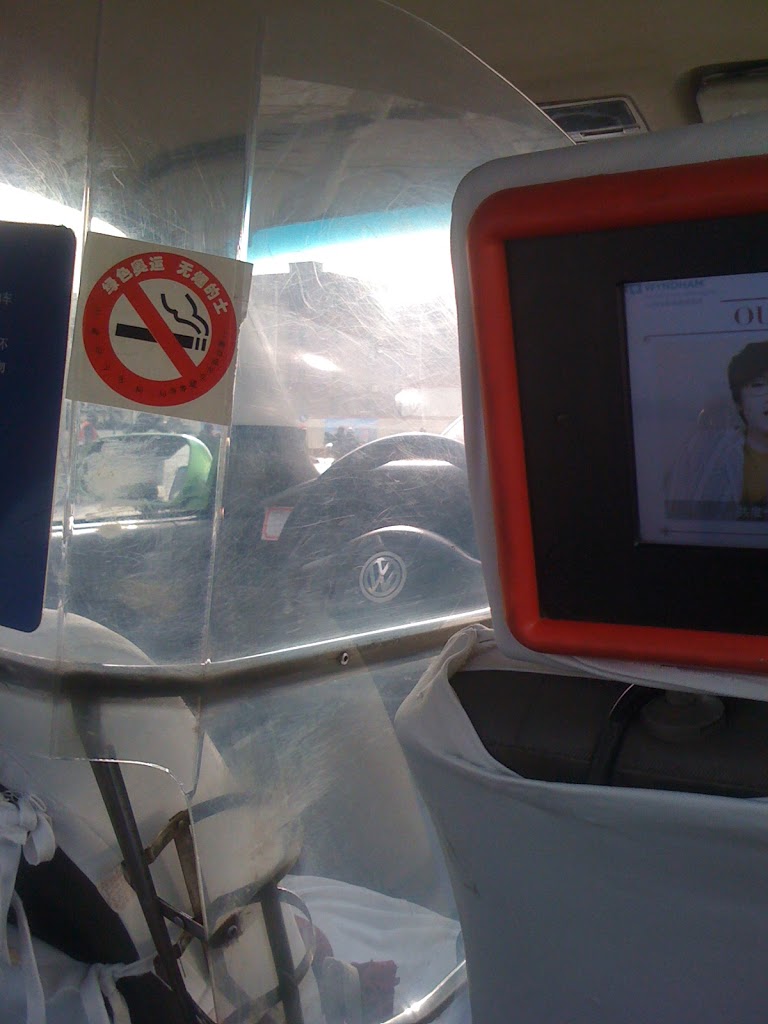 Hop in for a ride on any ordinary day and you might get this cab driver. They make quite good use of their time when the traffic light turns red.