Michael brought me to the Rocky Mountains National Park, which was a 2-hour drive away from where we were staying.

When we got to the Alpine Visitor Center, I felt dizzy and my head hurt a bit due to altitude change. From the information center of the park, we were given a flyer that shows instructions and suggested activities in the mountains. The thing that caught my interest was their warning about seeing bears. That is, if we get to see one. It says, that if ever we see one, we should act or appear tall and wave our hands around but if the bear attacks us, we should fight back. Yes, fight back, spelled out in bold letters. Yikes! 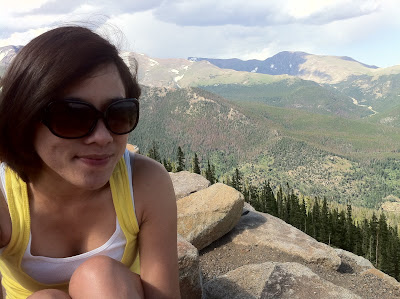 Anyways, when we managed to get our bearings, we tried to go hiking, maybe around 1 kilometer or less thereabouts. Even though it was summer time in the US, there were a lot of snow caps on top of the mountain. Thus, we tried to have little snow ball fight.

Yes, I was not dressed up for the winter because it was hot in the average ground level, that is where the foothills of the mountain was. So, I was shivering in the cold but that did not stop me from making my first snowballs. 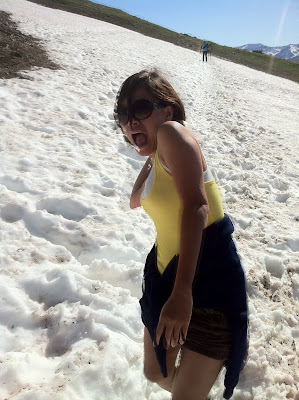 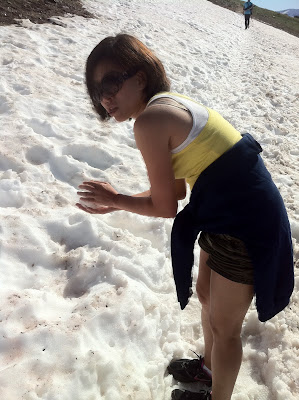 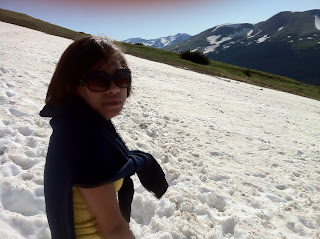 *According to wikipedia, US has 58 protected areas known as national parks. It was signed into law through the Organic Act of 1916 created the National Park Service “to conserve the scenery and the natural and historic objects and wildlife therein, and to provide for the enjoyment of the same in such manner and by such means as will leave them unimpaired for the enjoyment of future generations.

One thought on “Colorado Adventures”