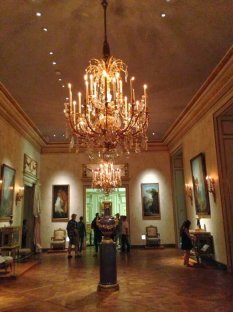 I have been intending to update this blog for the longest time but my procrastinating self always overpowers. It has been a long-standing battle but this is as much as I can do for now. I will try to recall as much memories as I can.

I remember Ronald and I going to Shake Shack near Time Square to get the much-hyped burger before we head off to the museum. There was a long queue that starts off from the outside of the shop. There were only a few tables inside, which were all occupied. We were smart enough to buy what we need in take-away bags. I learned from a TV documentary on NYC that shake shack started off by selling hot dogs and so I got myself a Shack-cago dog and a Shackburger. The hot dog did not leave a lasting impression on me but the Shackburger did. It is definitely a place worth going back to, ignoring the calories that goes everything in their menu.

The Metropolitan Museum of Art
Anyone can check the pictures of the exhibit displays at The MET online. However there is an indescribable feeling of being in the zone at the museum and observing the awesomeness of everything around you. I leave you to that experience when you end up at the MET at some point in your life.

We got there probably around 4sh pm. For Fridays of this Summer, after 4pm, I think there was an optional admission fee – in other words, you can actually get in for free. However Ronald opted to pay 20 USD for both of us. I thought it was decent enough, considering we get to have the last set of commemorative lapel pins.

I can tell you though that one day is not enough to observe and absorb each story behind each exhibit display.

Battery Park
The Battery park was under renovation when we went there however we found this bus around the area. 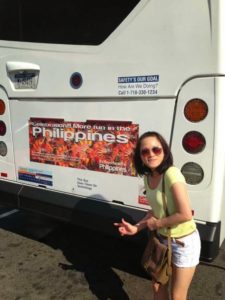